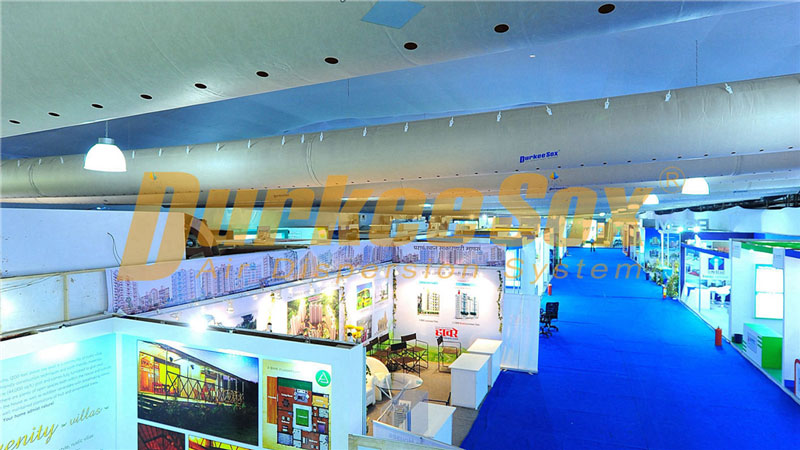 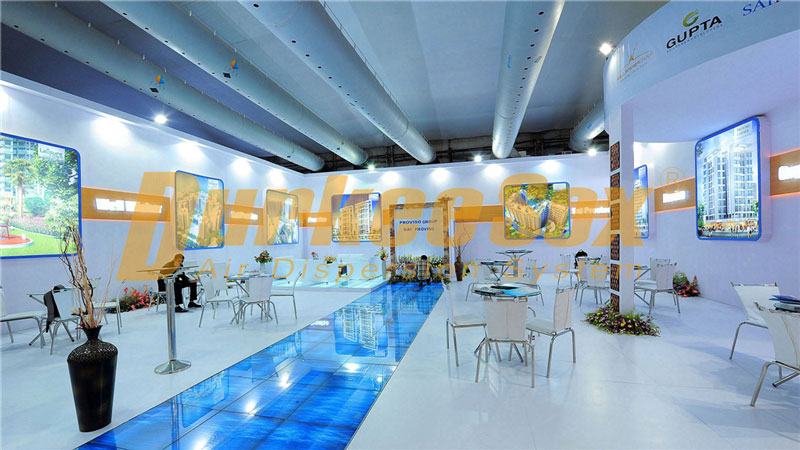 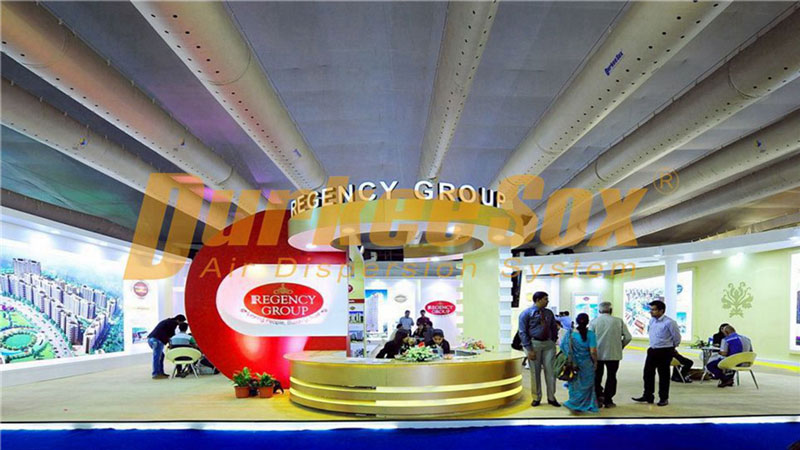 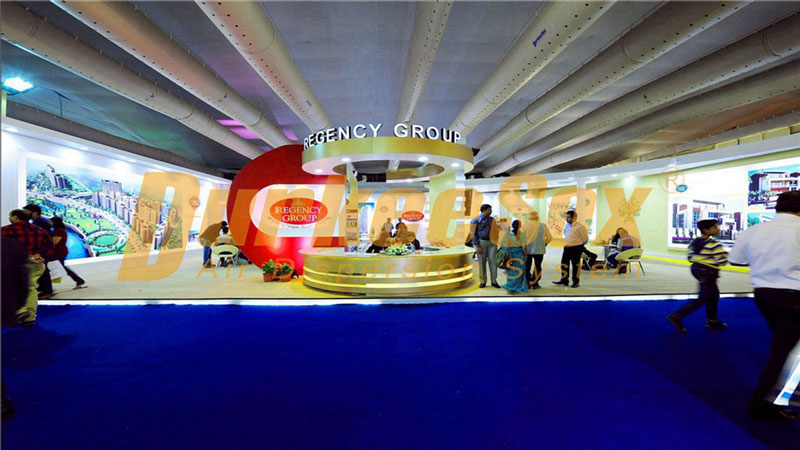 Yantai International Exhibition Center located in the center of Laishan District of the costal city-Yantai, bordered by Sport Park in the west and university town in the south and surrounded by protection forest in the north. The exhibition center covers an area of 267,000 m2, it’s the largest and highest grade as well as most attractive complex center in Yantai. The exhibition center was a key project in Yantai in 2006. It began construction on Dec. 30, 2005 and completed on Oct. 2006 to hold “Euro-Asia International Travel Expo”.

The exhibition center consists of several halls with a similar layout, and each hall covers an area of approximately 5,000 m2 with a 15m interior space. The spacious and bright halls have broad exhibition area, the halls didn’t decorate too much except the spot lights which were installed on the wall. The simplicity decorative style would bring a tough problem to traditional air dispersion duct, because the traditional air dispersion duct distribute airflow via air distributors. To achieve uniform air ventilation and cover the whole area, the roof of the halls must be covered with traditional duct and air distributors, but it would affect appearance, lighting and tons of metal duct would bring damage to roof structure.

Meanwhile, the DurkeeSox® duct was made of fabric with permeability and about 10% of the total air dispersion volume permeated through the special fabric, it is a good solution for condensation during cooling air dispersion.

Beside, DurkeeSox® duct adopt double row cable and quick hanging device for installation, the whole installation process was done by manual operation without welding, painting, drilling processes which would caused damage to job site and the fabric duct installation work can be done within several hours.